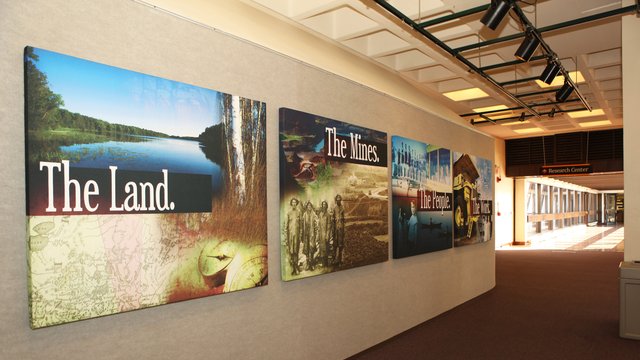 Historical and cultural advocates, including former Minnesota Governor Rudy Perpich, had long dreamt of a place that would honor the contributions of the people of the Iron Range region.  In 1977, Minnesota Discovery Center became that place and opened its doors to the world.

Originally named the Iron Range Interpretative Center, it was owned and operated by the State of Minnesota under the governance of the Iron Range Resource and Rehabilitation Board and funded as a part of the Taconite Assistance Area. At that time, 34 exhibits detailed the development of Minnesota’s Iron Range.

In 1980, the Iron Range Research Center was opened on the IRIC campus. Other additions over the years included a 1,500 seat amphitheater, Ironworld USA Railroad connecting Glen Location and Festival Park, and the Minnesota Civilian Conservation Corps History Center.

In April 2007, Ironworld officially transitioned from a unit of the State of Minnesota and the IRR to a non-profit museum.